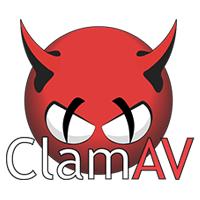 Let’s Install It
We are going to install ClamTk:
“ClamTk is a graphical front-end for ClamAV using Perl and Gtk libraries. It is designed to be an easy-to-use, lightweight, on-demand antivirus scanner for Linux systems.”
END_OF_DOCUMENT_TOKEN_TO_BE_REPLACED 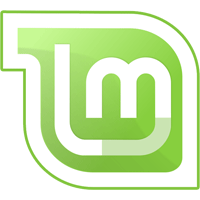 “But what I want to do is have shortcut on my Win10 desktop to open VMW in full-screen mode, open Linux in full-screen mode, and then autostart Firefox maximized. I’ve been messing around with it for awhile and can get VMW to open full-screen and I can get Firefox to autostart. I can’t get Linux to start full-screen even though I’ve checked the box on the Virtual Machine Settings-Options page.”
END_OF_DOCUMENT_TOKEN_TO_BE_REPLACED

Just a quick how-I-do-it.
I do 80% of my internet activity in my Mint VM.
END_OF_DOCUMENT_TOKEN_TO_BE_REPLACED

“Linux Mint 20.1 is a long term support release which will be supported until 2025. It comes with updated software and brings refinements and many new features to make your desktop even more comfortable to use.”
Desktops: Cinnamon, MATE, XFCE
Release Announcement on Main Page
What’s New: Cinnamon | MATE | XFCE
Download
I use Linux Mint Cinnamon in a Virtual Machine (VMware) for my daily internet activities. I’ll be installing this soon.

Linux Mint 20 “Ulyana” Cinnamon released!
“Linux Mint 20 is a long term support release which will be supported until 2025. It comes with updated software and brings refinements and many new features to make your desktop even more comfortable to use.”
Download links at bottom of the above article.
I would not be in a hurry to use this version as there are major changes. As one person replied about upgrading, “No, the process will be completely different since this is a new major version and a new package base. We’ll make announcements in about 2 weeks.“

How to install Linux Mint as a virtual machine.
I do my day-to-day web activities is a Linux Mint virtual machine. This means web surfing, downloading, YouTube watching, etc. This is a quick guide on how I install and setup Linux Mint.
FYI – one of the great things about VMs is you can copy them to other computers. After setup I will copy my Linux Mint VM to my laptop for use one the road. 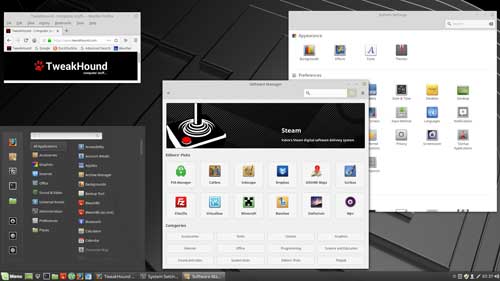 END_OF_DOCUMENT_TOKEN_TO_BE_REPLACED

I’ve been testing various versions of Linux Mint 18 (Cinnamon, KDE, XFCE) with an eye on possibly making it my main distro.
A few thoughts…
– It is wicked fast in a VM.
– I love everything about Cinnamon except the start menu. I don’t like that at all.
– The XFCE version is sluggish?
– The KDE version is good but openSUSE 42.2 comes out in 2 months. That has been my distro of choice for years.
– As of this writing the newest Firefox version Mint offers is 48. That is THREE versions and 1 month behind (48.0.1/48.0.2/49.0). Why?
– I love the fact they aren’t trying to ram BTRFS down my throat.

Any thoughts or tips?

Linux Mint has released version 17.2 of their Cinnamon and Mate desktops.
Hit up their home page for more info. Download it here.
Here is a screenshot of my Linux Mint 17.2 Cinnamon virtual machine: END_OF_DOCUMENT_TOKEN_TO_BE_REPLACED