I’ve rarely posted personal stuff on this site but I thought some of you might find this inspirational.

In 2011 my cousin died in a plane crash (obituary). His name was Stephen Hatch. Well-mannered, good looking, and friendly, everyone liked Steve. He was the middle of three children, Julie being his older sister, and Michael his younger brother. Steve, Mike, and I spent much of our middle childhood together. His parents are my Godparents. Our very large extended family all lived in Michigan back then. We went to summer camp together (Hartley Outdoor Education Center), played basketball and baseball, fished and water-skied/zip sled (Missaukee, Walloon, and Houghton lakes). Steve and Mike taught me to snow ski (Mott Mountain, most of the Boyne resorts, Caberfae where they helped me back to the lodge with a broken collarbone.). Steve was one of the best natural athletes I’ve ever known. A basketball and football star at the now vanished Saints Peter and Paul High School in Saginaw, he would play football at Alma College. St. Petes HS is where Steve would meet one of the sweetest girls I’ve ever met named Julie Siwik. Steve and Julie would later be married.
Like much of Michigan, our extended family scattered throughout the U.S. in the rough economic times of the early to mid 80’s. Afterward, I would occasionally see Steve at a family event but that is all. I only recall seeing my cousin’s son a handful of times. When I catch a glimpse of him on TV, for a quick second, I swear it is his father. His story is one of tragedy, survival, and determination.
His name is Austin Hatch… 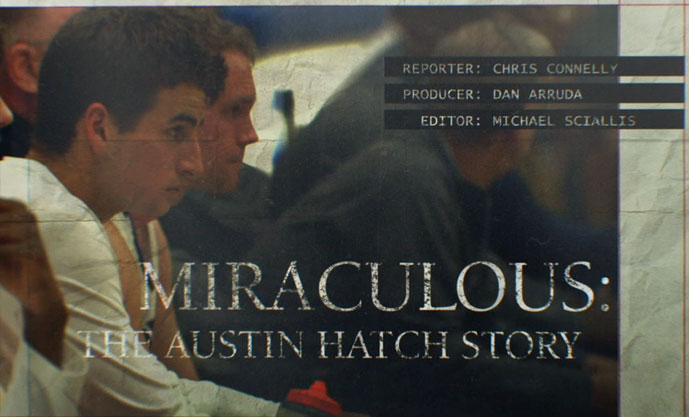