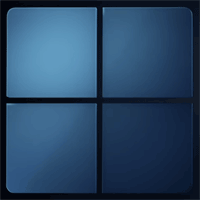 Several days ago I said “Not interested” to the pre-Alpha Windows 11. It has now moved to the Beta channel which hopefully means its is at least Alpha grade and I was a little bored so I installed it.
I had to jump through some hoops…
END_OF_DOCUMENT_TOKEN_TO_BE_REPLACED

After a week or two of leaks, rumors, and speculation, Windows 11 will happen.
ahem…
May 2015: “Right now we’re releasing Windows 10, and because Windows 10 is the last version of Windows, we’re all still working on Windows 10.” That was the message from Microsoft employee Jerry Nixon, a developer evangelist speaking at the company’s Ignite conference this week.”
Microsoft – Introducing Windows 11