Another Question For You, DD-WRT?
At any given time I have 2 dozen or more devices on my home network including 11 video cameras, a home server, 2 Amazon Fire devices, Roku, 6 PCs, 2 phones, a tablet, 5 switches, and 2 wireless APs. The weak spot in my network seems to be my router, a Netgear R6400v2. My network will get wonky (collisions, timeouts…) and a reboot fixes it for a few days or so. I’m considering flashing the router to DD-WRT mainly because it supposedly allows timed reboots. Have any of you used this? If so any thoughts?
My other solution is a new router which of course is $$$ that I would rather not spend ATM.

LAST A-10 Warthog Brrrrrrt EVER to be built – theCHIVE
Despite the efforts of some morons over the years they aren’t going out of service yet: A-10 re-winging completed, will keep Warthog in the air until late 2030s
Repost from a few months back:
A-10 Brrrrrrrt Warthog Thunderbolt II Photos Gun Firing : theCHIVE
Cool pics of one of the worlds greatest ground combat weapons. True story…
I was stationed at Kriegsfeld Army Depot in Germany. It was a “special weapons” facility. We MPs that guarded the weapons were called “Towers Rats” (pic below). Every so often the A-10s from Sembach Air Base would come buzzing around the site. One day I climbed on top of my tower and as the A10 approached I dropped my BDU pants and mooned the pilot. He did a quick loop and buzzed my tower so close it shook for 30 seconds. Still makes me chuckle…
Kregsfeld Army Depot pics 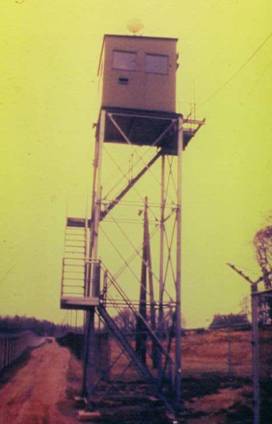