I had this cassette tape a long time ago. Several years ago I was thinking, “What tapes did I have that I don’t have on CD?” I replaced many of them but a few escaped me. There was the one, a country band, ‘desert something’? I hadn’t laid eyes on it in probably 25 plus years. I couldn’t even remember a song. Googled searched, it wasn’t Desert Rose Band. Damn. ‘Arizona’ came to mind. Nothing…

A year or so would go by and I’d search for it again. No luck. I would repeat this several times. Unanswered questions often stick in my craw, and like grudges, I can hold on to them for a lifetime. Then, last weekend I was driving to Lowe’s to pick up some paint supplies. There is no music playing and out of nowhere a tune starts running through my head…and then a refrain, “midnight highwayyyyy…” It dawns on me, that was the missing tape! I Google it from the Lowe’s parking lot…
The song “Midnight Highway” is from a band called Southern Pacific. How the hell did I come up with ‘desert something’?
I head over to Amazon. The album was called Zuma. Check out the cover below. They’re standing in the desert! I had been so close. Ain’t it weird how the mind works?
Southern Pacific – Zuma
Midnight Highway 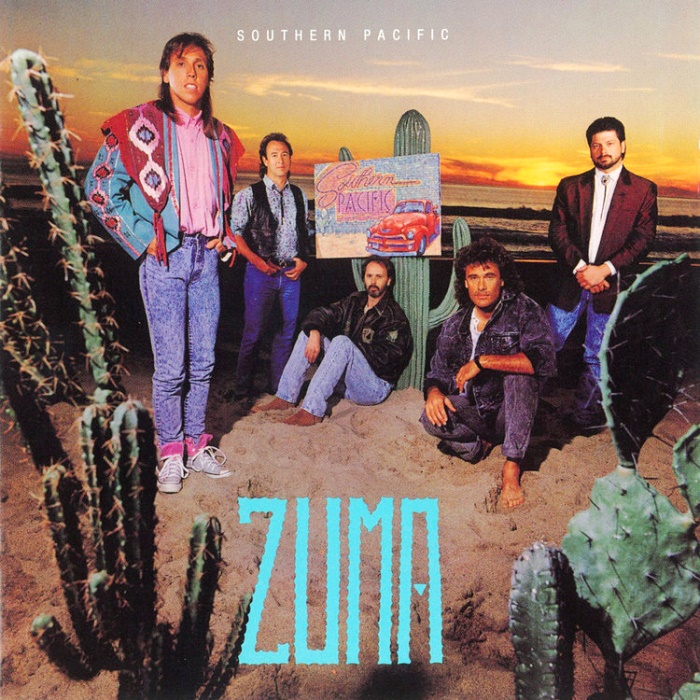