In 2011 I wrote The Windows 7 Pagefile And Running Without One. It’s been sourced, quoted, and held up as an example these several years. In reviewing possible changes to the upcoming Win10 Tweak Guide revision I decided to revisit this.

As before I’m going to benchmark my system with and without a pagefile. Unlike so many who come at testing, I’m going to tell you straight out I expect nothing to have changed. I’ve no agenda it’s just that Windows memory management as well as the speed of hardware has done nothing but improve over these last 9 years. I fully expect my previous conclusion that performance wise there is “no difference between having a pagefile and not.”

New Info
There hasn’t been a ton of writing on this subject coming out of Microsoft since my last article on this. A couple of quick ones of note, you should read and understand this and my previous article before continuing:

Pagefile is “System Managed” at 4864MB 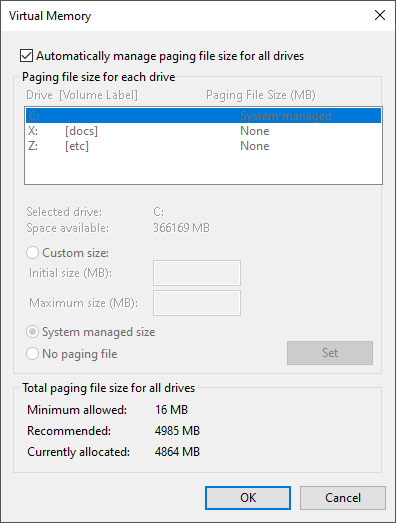 My own “beat the hell of the system” benchmark
This is a bunch of running apps + PCMark10.
– 1 Linux Mint VM in VMware Workstation Player (8GB mem allocated)
– 6 files open in Adobe Photoshop Elements 2020
– 2 docs open of each: Excel, PowerPoint, Word
– 2 Windows each: Google Chrome, Mozilla Firefox
– 2 full FLAC albums playing, 1 in WACUP and 1 in MediaMonkey
– 1 MP4 movie playing in VLC
– 1 MKV movie being ripped in Handbrake 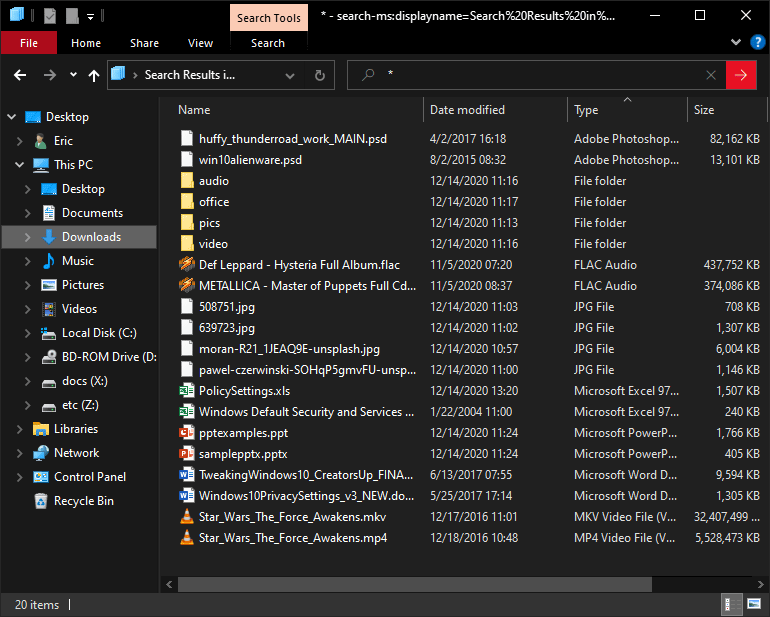 Once all these were running I ran PCMark10:
I don’t know what else I could do to emulate a full-tilt, real-world scenario.
With pagefile: 5333
Without pagefile 5310
Results: Statistically insignificant
(click for larger pic)

Memory never came close to being maxxed out: 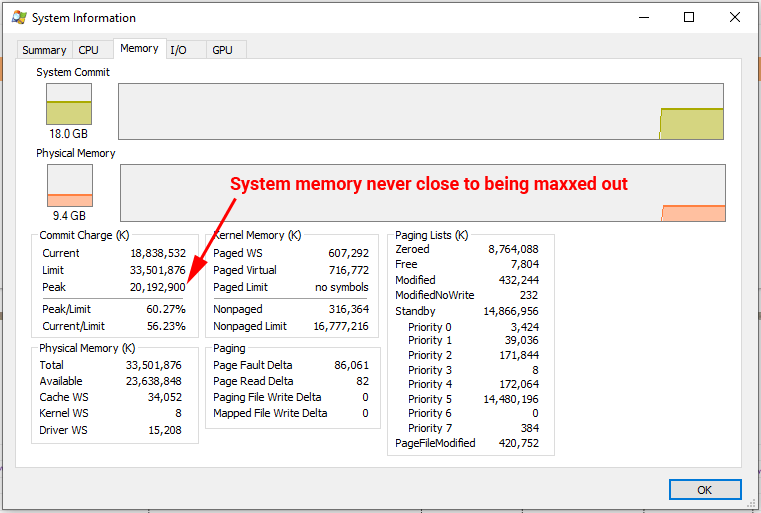 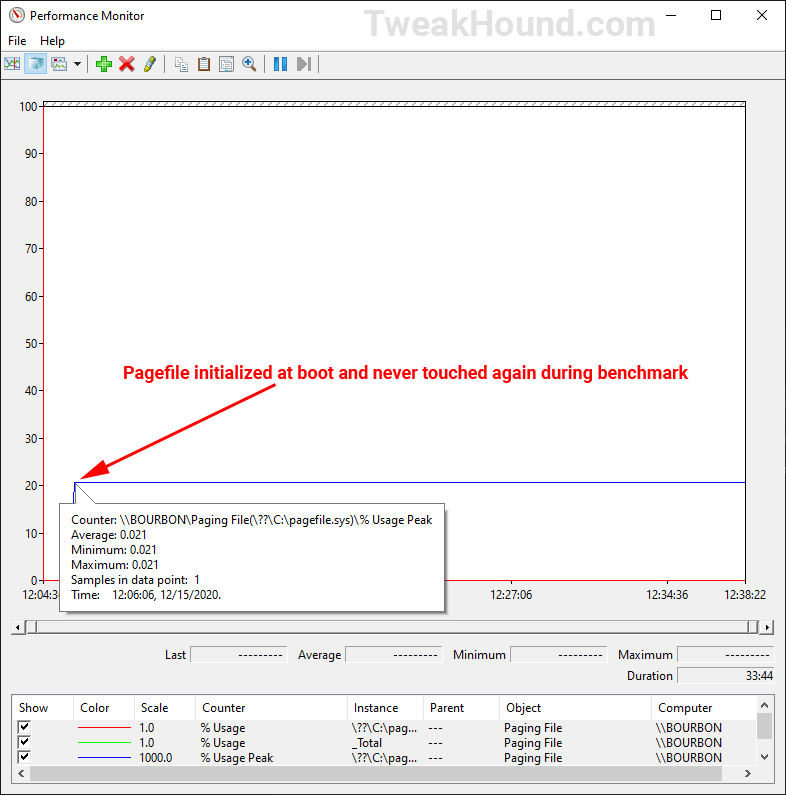 Conclusion
If you have enough memory you can run without a pagefile and doing so gains you nothing.
Or as I stated earlier, performance wise there is “no difference between having a pagefile and not.“