Thanks to all for the great feedback and suggestions. I’ve made my choice: The Google Pixel 6, Stormy Black, 128GB, Unlocked. It is backordered and expected just before Christmas.

It came down to value and longevity. I’ve used the Galaxy S7 for nearly 6 years and it’s behavior using many apps has become unstable/unreliable. Additionally, it is going on 2 years without a security update.
I paid $600 for an unlocked phone from Google. I’m not on a contract and do not wish to be. All the “deals” involve stepping up to more expensive plans. I’ll explain…
Right now I have 999.0GB of data spread across 2 lines for $82.50 a month (plan is no longer available to add). These “deals” say you must agree to an unlimited data plan that starts at $70 per month (baseline), per line. Real access to 5G starts at $80 per month.
Let’s compare plans:
Current plan vs. unlimited plan
Data:  999.0GB vs. unlimited
Cost:  $82.50 vs $140 (2×70)
Network:  “5G Nationwide” for both.
So, you see it pays to do your homework.
Right now I’m at a loss as to why I need 5G in my life and I certainly don’t need the amount of data offered on either plan.
As for hardware, there are are many reviews of the Pixel 6 so I’ll skip all that and share my pre-purchase thoughts.
– I’ve never gamed on a phone and never will. The horsepower is nice but…
– I do not understand the fascination with megapixels. Trust me, you don’t want to see me that up close.
– The Pixel 6 has 5 years of official support. “Guaranteed security updates until at least: October 2026”
– The security features of the phone are impressive.
– I use a lot of Google services; several Gmail accounts, Maps/Waze, Google Drive…
– I 100% expect this phone to last at least 5 years.

Notes
– I could have purchased this phone from Best Buy for $499 but that would have involved a mandatory signup of an unlimited plan which you can see above isn’t a financially sound decision for me.
– Trade-in wasn’t an option as apparently my Galaxy S7 is worthless. 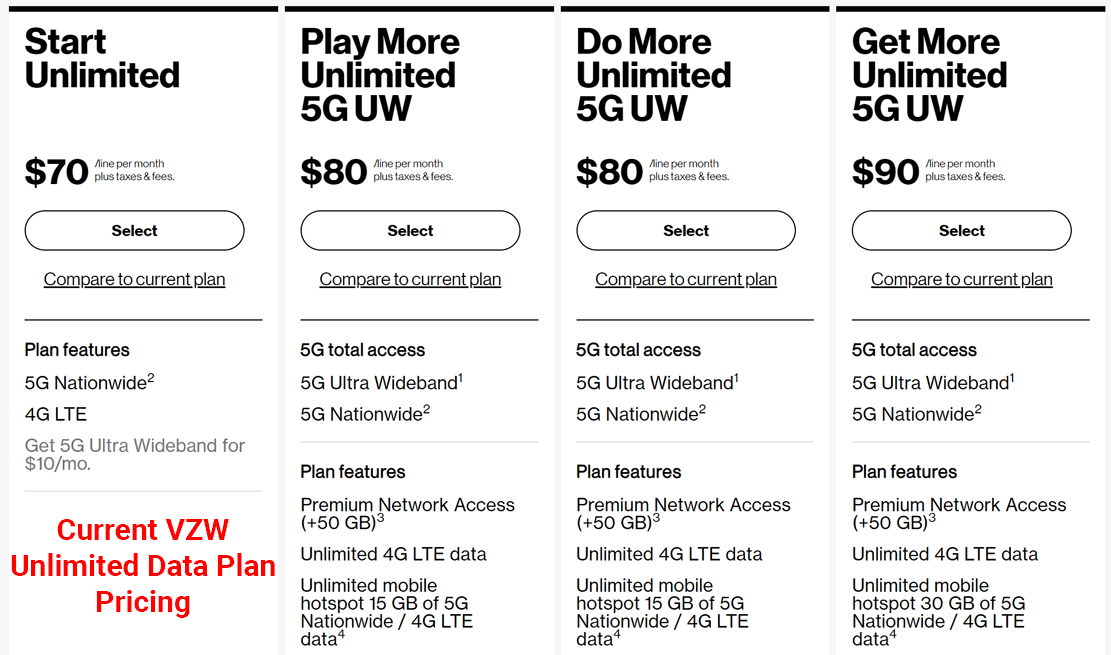