My Google Pixel 6 issues:
– I will acknowledge that the jump from Android 8 on my Galaxy S7 to Android 12 on the Pixel 6 has been…unpleasant. For me and what I want out of a phone, I’ve found that with each update to make things less user friendly. What is it swiping every which way? And, Google assistant just plain sucks anymore.

– First and most importantly this phone has serious Bluetooth issues. Bluetooth disconnects randomly, sometimes it reconnects, sometimes it doesn’t. This occurs during calls, while listen to music, etc… I count on this to be hands-free or nearly hands free while driving. Not having this working as it should is a SERIOUS safety hazard. In addition there is an intermittent buzzing/interference sound. I cannot understand how a company as large as Google can release such seriously flawed software/hardware. There is a supposed fix of some kind involving Bluetooth that was supposed to be “rolled out” on December 6th, 2021. It has not happened for the majority of Pixel 6 owners. So, I sideloaded (manually updated) it and it made no difference.
The setup in my truck is pictured below. It has worked without issue on my Droid X, Razr Maxx HD, and Galaxy S7. 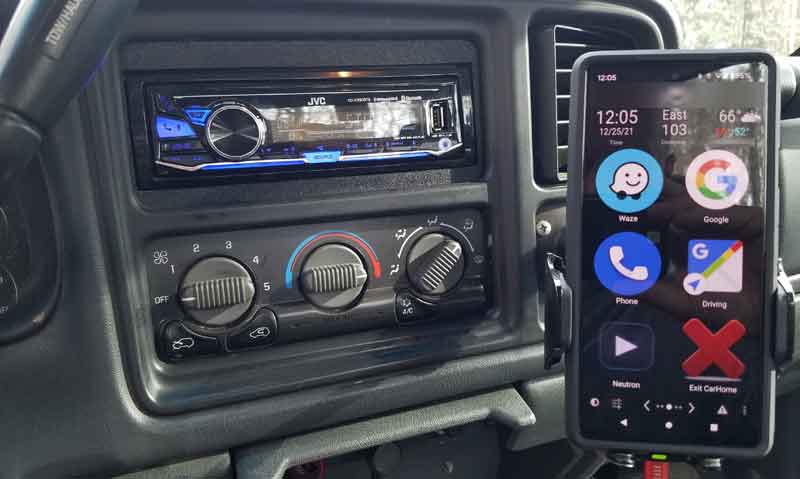 – The app I count on to view my security cameras (OWLR) doesn’t work with the Pixel 6. I don’t know if it’s the software developers fault or Google’s. I don’t care as the end result is the same.

**The alternative to this is to allow Google to constantly monitor what I’m saying and wait for me to say “Hey Google, “text my wife”. No. Frigging. Way.