I benchmarked my machine before and after the Win10 April Update.
I want to stress this is a single benchmark on a single computer. The benchmark I ran was PCMark10.
I would appreciate any benchmark results anyone can share.

Here are my last 5 benchmarks. 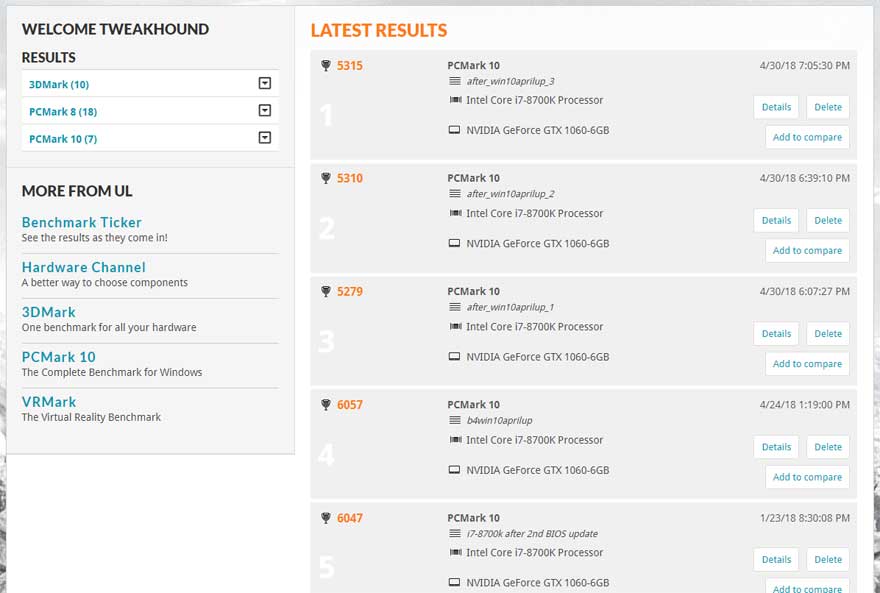 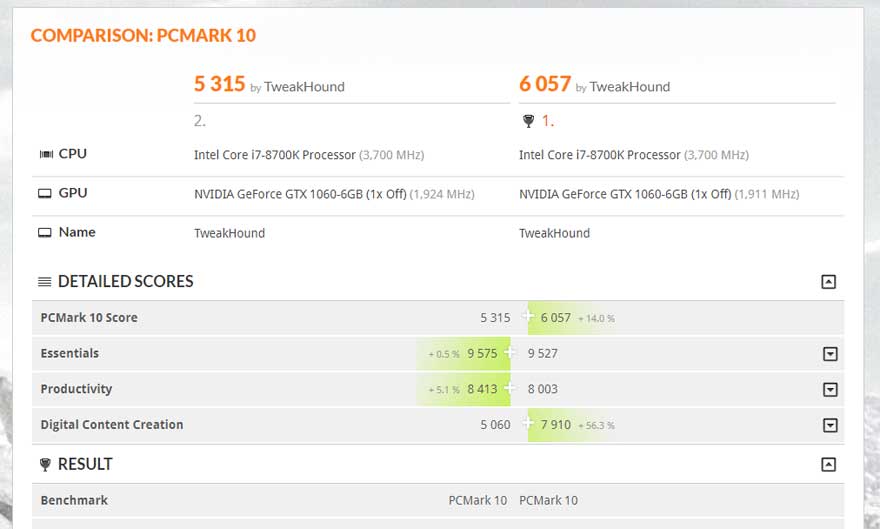 The area that most felt the effects was Digital Content Creation. Crazy.
(And yes, same drivers) 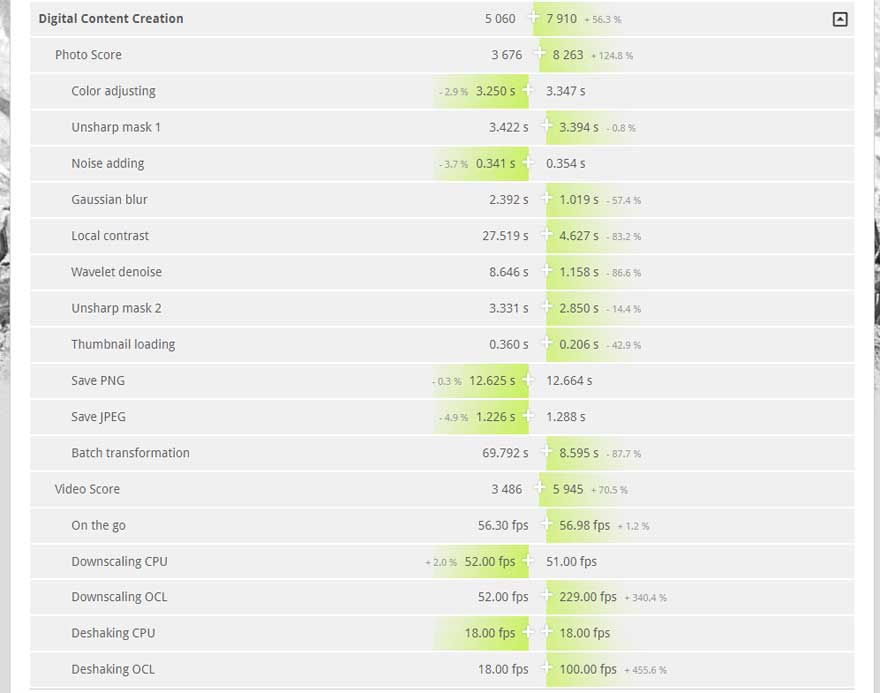 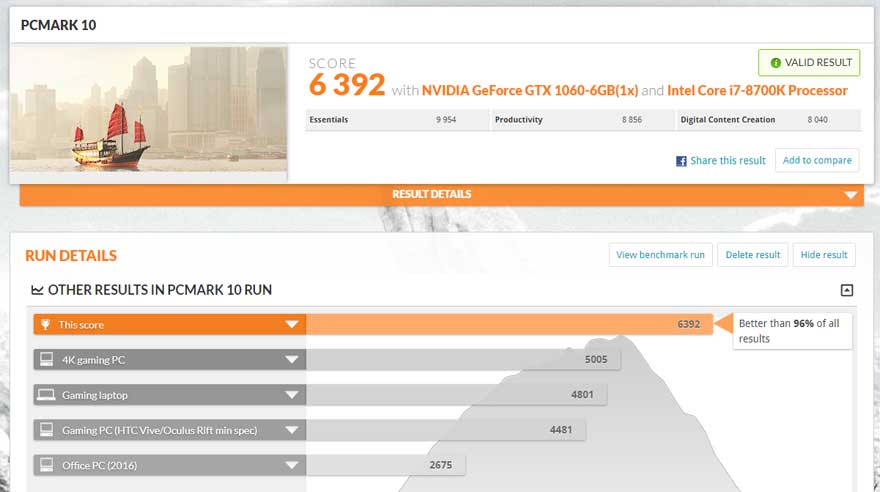 ***UPDATE May 2, 2018, 11:15(EDT)
This whole thing has bothered me immensely. Racking my brain, looking at results past and present.
Samsung released new NVMe drivers and I tried those, no luck. In desperation I broke down and tried Microsoft’s bullsquat Ultimate Power Plan and Game mode which, as I expected, resulted in absolutely no changes. I even tried overclocking to 5Ghz. Even that doesn’t bring my score back up.
Nobody else is seeing what I am. Frustrated I am staring at all the benchmark results. I’ve restored from images half a dozen times in the last few months. Did I miss a change somewhere? I start combing through my installed drivers… Well, this is embarrassing. My previous Win10 benchmarks were using Nividia 390.65 drivers and I’m now using the 391.35 drivers. Could it be?
I clean install the old 390.65 drivers and run PCMark10 again…
Holy crap! It was the Nvidia drivers all along?! 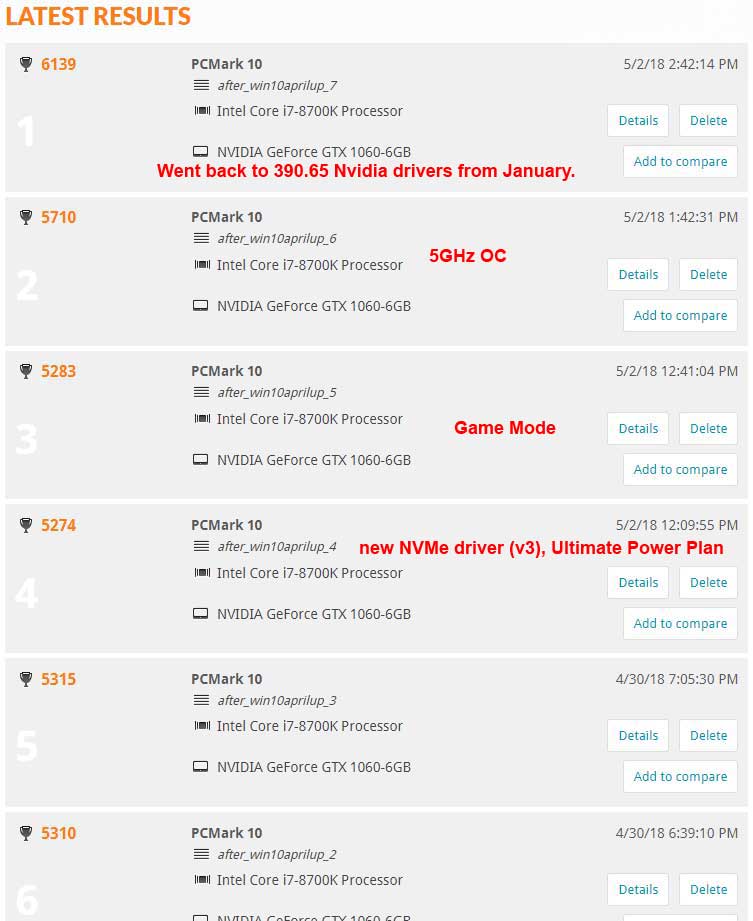 So with new NVMe drivers and old Nvdia drivers I’m now back to my post Meltdown & Spectre patches scores.

I am left with the conclusion that the Win10 April Update did something to or mis-intalled the drivers. 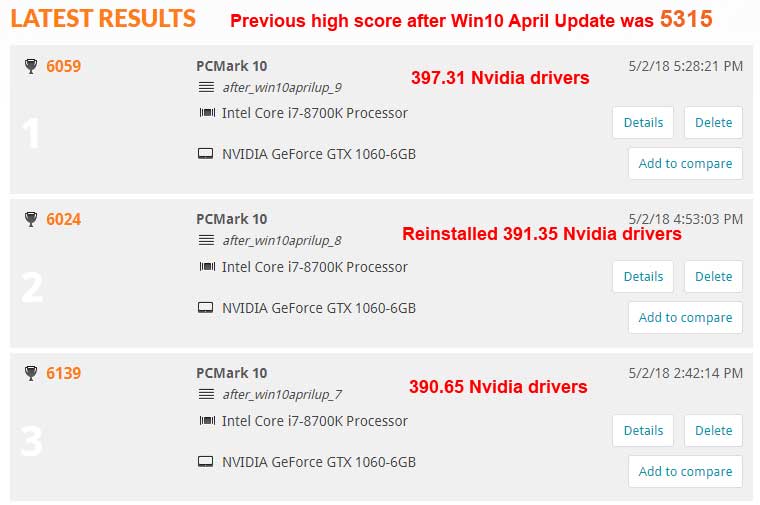