Audacity 2.3.3
Many improvements and bugfixes. “Refactoring and 150+ bugs fixed since 2.3.2”
Download | Release Info

DVD – Come On Feel The Noize: The Story Of How Rock Became Metal
Exclusive, long-lost live material from rock’s most iconic bands & artists, as well as all-new original interviews with the living legends themselves: This film is your access-all-areas backstage pass to Heavy Metal and Hard Rock history. Delve into the rich history of Heavy Metal: from its scandalous origins in the 1960s to its heyday in the 1980s, from its glam phase in the 1970s to its indestructible present in 2017. A backstage pass into the history of how Rock became Heavy Metal.
Pre-Order at Amazon Now 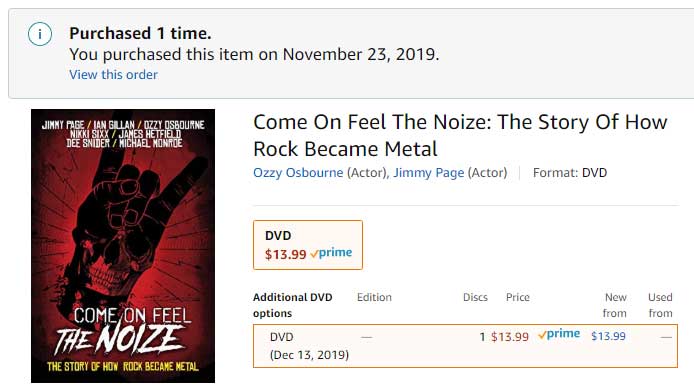